How many times have you had an amazing idea, but never spoke up? Or delayed taking action on a personal or professional goal? Now, think of what would happen if you acted on each of those ideas. How would your personal and professional life change?

We all struggle with something, whether it’s sharing an idea or taking action on a new fitness goal. But why do we continue to postpone when it leaves us with a feeling of defeat?

Truth be told, I have struggled with what needs to be done vs. what I feel like doing in work and home-life, and in these cases, feelings always win. I would always put off anything I wasn’t “ready” to do. I thought in five minutes I’ll get up and go for a jog or I’ll tell my genius idea later. Why? I was scared…of something.

I knew I needed to change and take action where it mattered. In order to combat this “feeling” I went on the search for some motivation to put myself in gear.

On Twitter, I came across Mel Robbins, a best-selling author, CNN commentator, and motivational speaker. She had an interesting way of winning this battle of the brain, and it only took five seconds. Intrigued, I watched her TEDx talk, which is now one of the top 20 TEDx talks in the world, where she first shared her idea of The 5 Second Rule.

So, here’s the definition of the 5 second rule: “If you have an impulse to act on a goal, you must physically move within 5 seconds or your brain will kill the idea.”

That’s right. The brain is a total dream squasher. So, the action point here is to count to five, and if you are reading this you can definitely do that. You’ve got five seconds from the time you have an impulse to act until your brain kills the idea. Got a great idea? Spit it out! Write it down! Act on it NOW!

So, with this in mind, I began to implement this rule in small parts of my life: When the alarm went off, I immediately got out of bed. When I had a great idea in a meeting, I spoke up.

Incredibly, things began to change. I found myself more organized with a better sense of urgency surrounding my everyday life. When I would begin to put things off, I would reflect on how I felt about life before the 5-second rule, and know I didn’t want to go back to operating in a “later” state. I wanted action so I took it! And it has been a total life-changing revolution.

How the 5 second rule has changed my life

Now, while I reluctantly drag myself out of bed (in 5 seconds) in order to prepare for my day and other morning routines, my career has been impacted the most by the 5 second rule.

I’m always on alert for new ideas. Each new idea can take off and develop into a full on campaign garnering major results for our clients. Yep, just one little inkling. In order to keep it all together, I like to carry a small notebook in my bag with me wherever I go and use it to jot down quick tasks but mostly ideas.

With the 5 second rule, I no longer think it out or consider the long term life of my idea, nor do I send it up the ladder for approval – I’ll deal with that later. I just need to get it on paper. Later, I revisit and take the time to evaluate a sound strategy.

I used to be such a sissy when it came to sharing ideas or even writing them down! I was self-conscious and worried about what people would think, or if they would see me as silly and inexperienced. Since I have cast my scaredy-cat syndrome aside, my creativity has flourished. Now, I can’t remember what I was so worried about in the first place.

More about the 5 Second Rule

Mel Robbins developed The 5 Second Rule to force herself to take action even when she didn’t want to. After hitting some rough patches in life – her husband lost his job, financial struggles and lots of stress, and not getting things done – The 5 Second Rule was born. All of the things she “needed” to do just needed to be done instead of mulled over and ultimately deleted by her brain.

As stated on MelRobbins.com, The 5 Second Rule is “a tool for hyper-intentionality, action, and identifying moments in your life where there is tremendous opportunity and joy.”  But it’s not as simple as just doing it. If that were the case, we would have everything we ever wanted. First, we have to conquer our feelings.

Because of the human brain, when we are at a constant battle between what we know we should be doing and what we feel like doing, our feelings will always win! That’s why we need The 5 Second Rule.

So, quit hitting the inner snooze button! I encourage you to take this idea and apply it to your personal and professional goals in the upcoming year, or hey! within the next five seconds! ????

How will you implement the 5 Second Rule?

Hi, I’m so glad you are here!
My name is Anna Kate and you can find me dishing up delicious, Southern recipes your family will love.
Read More. 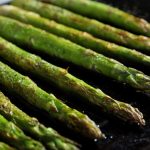 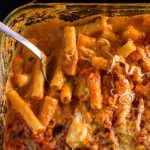 Stay Up to Date!

Be the first to receive the latest news from Southern Cravings!

Wanna know a secret for getting the yolk back into

After the holidays, it seems like we have a crazy

Drop me an emoji if you love to EAT! 😍⁣ We've

Got a crowd coming for the Superbowl? NACHO PROBLE

This is simmering on the stove as we speak. 🙌 I

Blasting off into the weekend like...⁣ ⁣ #week