Roux is the base of so many dishes that it is almost impossible to list them all. Basically, if you have a sauce or soup with any hint of french origins, it probably starts with a roux. While it may seem intimidating if you’ve never made roux before, it’s actually quite simple, and mastering it will allow you to make dozens of different types of sauces.

What is a Roux?

Roux is a mixture of fat (or liquid) and flour cooked on the stove and stirred constantly until it becomes a thick paste.

It is the base and thickener of four out of five “mother sauces” in cooking: bechamel, velouté, Espagnole, and tomato. (Hollandaise, the fifth of the mother sauces, uses an egg yolk and butter base as opposed to a roux base.)

If you’ve ever eaten gravy, macaroni, and cheese, or gumbo, you have already eaten a roux-based dish!

There are three different types of roux, categorized by color: white, blonde, and dark.

The different colors are achieved by the length of cook time, but the ingredients will be the same.

White roux is cooked only for a few minutes until the flour (and raw flour taste) is cooked out.

It ends up not actually white, but a pale yellow color. White roux is the base to bechamel sauce and variations including mornay, and soubise.

I use a white roux when preparing Green Bean Casserole and Chicken Divan recipes.

Blonde roux is slightly darker in color than white roux and takes about 10-15 minutes to cook on the stovetop.

Velouté uses a blonde roux base, and the darker color creates a richer, nuttier flavor than white roux. It is also commonly used as a thickener and base for soups, bisques, and ragus.

It has the richest flavor and aroma, but more might be needed because it has less thickening power.

Dark roux is commonly used for gumbos and chowders, as well as the popular mother sauce Espagnole.

French tomato sauce also uses medium-to-dark Roux, or alternatively can be made with tomato paste. Italian-style tomato sauce typically does not use Roux.

The most basic roux is made from flour and butter, however, there are plenty of substitutions you can make if you eat a gluten-free or dairy-free diet, or if you simply have different ingredients on hand.

To make a gluten-free roux, or if you prefer not to use flour, you can substitute it with other types of starches.

Cornstarch and arrowroot slurry are good gluten-free options, or you can use rice flour if you want a similar nutty flavor that you would get from wheat flour.

Butter is the most common liquid base for roux, however, most fatty liquids will work just as well.

You can even make roux from water, or “dry roux” which is toasted flour without any liquid at all.

If you are vegan or need a non-dairy option, vegetable stock is a great, flavorful option.

How to Make a Roux

To make a simple roux, use equal parts of butter and flour and slowly heat in a saucepan or pot on the stove over medium-low heat.

A white roux will take less than five minutes, while a darker roux might need to cook for up to half an hour. Make sure to stir or whisk it continually so that it does not burn.

How to Make a Roux in the Microwave

It’s also possible to make roux in the microwave:

What are the 3 types of roux?

The three common types of roux are white, blonde, and dark (or brown). The ingredients used are the same, but each is cooked for a different length of time, and they are used in different types of sauces.

What is roux used for?

Roux is the base of many dishes and is used to thicken and flavor a wide variety of sauces (including four of the mother sauces), casseroles, and soups.

What is the ratio for a roux?

How do you know when a roux is done?

Aside from the cooking time listed if you are following a specific recipe, color is the primary indicator when your roux is ready.

Roux will also begin to develop a rich, nutty aroma as it reaches the medium coloration, which will grow stronger as it darkens.

I rarely follow a recipe, I don’t have a fancy kitchen or tools, and I certainly don’t have the time for complicated steps and ingredients.

But, one thing is for certain: I show my love through cooking for family and friends.

Now, let me guide you as you assemble family dinners or prepare a holiday meal. Here, you will find encouragement, practical advice, and delicious recipes to share.

If you are ready to fall in love with cooking and find joy in the kitchen, you’ve come to the right place. Let’s reconnect with loved ones and create memories and traditions that will be passed down for generations.

Read more about me. 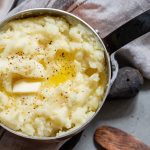 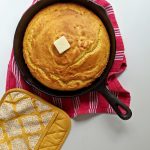 Easy, approachable recipes
from the heart.