The crowd pleasing side dish to any meal!

Easy, cheesy, and delicious! This hashbrown casserole is a simple side dish with irresistible flavors of creamy soup, cheddar cheese, and hashbrown potatoes! You need only 10 minutes to prep this crowd-pleasing comfort food. Prepared and baked all in one pot for easy transportation to potluck dinners, weeknights, and holidays. You can even have this for breakfast!

I’ve been on a one-pot kick lately and experimenting with preparing and baking different recipes in one dish. It’s been a life-changer!

I finally cracked the code for this hashbrown casserole! This recipe is almost too easy to begin with, but now that you only dirty a spoon and one pot - you might be making this more than you’d like to admit.

Basically, this recipe is potatoes, cheese and butter stirred together, topped with more cheese, then baked until melty. It’s not low-cal, and there are just some things in life that shouldn’t be. Ya know?

This recipe has also been referred to as Funeral Potatoes because its popularity grew as a crowd-pleasing side dish at after-funeral gatherings. That sounds rather dim for such a recipe and I’m not sure how accurate any of that actually is, but I do know sadness is not the emotion I’ve experienced while stuffing my face.

Also, this recipe is super duper close to the popular Copycat Cracker Barrel Hashbrown Casserole recipes floating around out there. Rest assured, I have neither stolen from a funeral fellowship or a major restaurant chain to make this recipe. This has been in our family for years - it’s just so basic to recreate and calls for only a few ingredients.

What is good to eat with hash brown casserole?

Honestly, I’ve even eaten this as a meal by itself! It’s super filling (hello, milk and cheese!) and so good. It’s really hard to stop.

Here are some meal pairing ideas that would go well together:

Another great thing about this recipe is that it’s freezable! You can freeze before and after baking! Wrap in plastic wrap and freeze for up to 3 months. Then, defrost before baking or reheating in the oven.

Should I thaw frozen hash browns before cooking?

For this recipe, I highly recommend thawing the potatoes before baking. Otherwise, you may end up with a watery, soggy casserole.

If you are using fresh potatoes instead of frozen, grate the potatoes then follow the recipe as directed!

If you want to jazz this recipe up and add a few variations, try out the following:

If you don't have a dutch oven or heavy-bottomed pot, you can also prep this on the stovetop, then transfer to a 9x13 casserole dish. Same baking time and temp!

Please read the entire post for details, tips, and more!

Note 2: Cream of chicken soup can be substituted for any cream of soup.

Note 3: Cheddar cheese can be substituted for any shredded cheese of your choice.

Note 4: If you don't have a dutch oven or heavy-bottomed pot, you can also prep this on the stovetop, then transfer to a 9x13 casserole dish. Same baking time and temp!

As an Amazon Associate and member of other affiliate programs, I earn from qualifying purchases.

The nutritional information is provided as a courtesy and is an estimate generated by a calculator.

Did you make this recipe?

Everyone loved it! Made a double batch and it was gone in 2 days. Served it with pulled pork sandwich and was a hit and we have 3 picky eaters. I did add cornflakes for a crunch topping. Will be making again soon.

If you are ready to fall in love with cooking and find joy in the kitchen, you’ve come to the right place. Let’s reconnect with loved ones and create memories and traditions that will be passed down for generations. Read more about me. 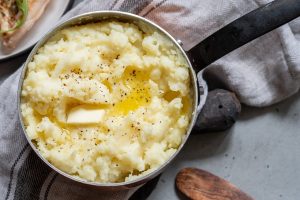 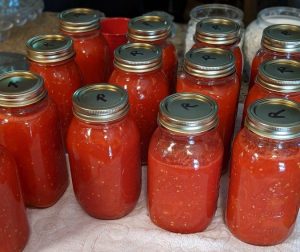